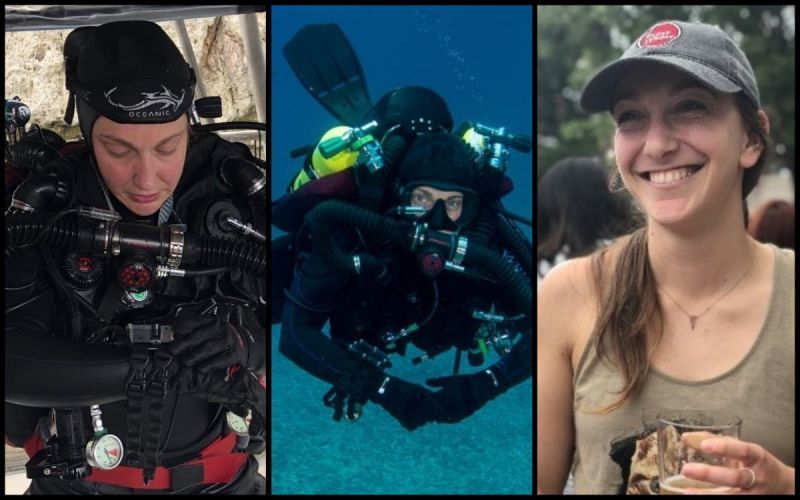 The world of marine research can be a hard field to break into. Long bouts of STEM academia, punctuated by intensive dive training are standard steps on the way to becoming an underwater scientist.

And in a field mostly dominated by men, it’s even rarer still to see an elite group of women pioneering new understandings about the world’s oceans. However, the dive team at the California Academy of Sciences has managed to assemble a diverse team of researchers that are tackling the bleeding edges of  what’s known about the Earth’s oceans.

Marina Bozinovic, Dive Officer at Cal Academy, has for the past several years worked (and trained) her way into becoming an integral leader on that team.

As part of our new editorial series, Women That Dive, we had the chance to sit down with Bozinovic and learn about breaking into the marine sciences as a woman and what she’s been up to at Cal Academy. Zooming out from her research, she hopes that through her work she’ll inspire more young women to get involved in not just diving, but the greater STEM fields as well.

1.) HOW DID YOU GET STARTED DIVING?

I started diving in college. I think in 2013. I was majoring in aquatic biology and I knew that if I wanted to be in the marine sciences, I needed to learn to dive. So, that summer I got my Open Water certification with the intention of taking a scientific diving course.

It was a very quick learning curve for me. I only got the minimum number of dives in order to qualify for that course. But that was sort of the end goal for me during my college career.

2.) HOW’D YOU GET INVOLVED WITH CAL ACADEMY?

During the last bit of my senior year, I was doing some diving off the coast of Santa Barbara for a lab that was surveying and researching kelp. I got a ton of repetition with research diving through that, and, after graduating, I was pretty qualified to take that experience into an internship at Cal Academy in their Dive Operations Department. That was June, 2015, and I’ve been at Cal Academy ever since.

I worked my way from intern, to part-time, to being a permanent staff member. But my professional development didn’t really enter high gear until Mauritius Bell, our team leader, was hired. He came on board and really started developing everyone on the team professionally, so I was certainly at the right place at the right time.

3.) WHAT HAVE YOU BEEN UP TO AT CAL ACADEMY?

In the early years I was working on my certs. To get a job I needed to be an instructor, but I only came in as a rescue diver. So, we went through dive master, we went through instructor, then Mauritius made clear that the next goal was to get me diving a rebreather. … There’s always something in the pipeline, and it keeps it interesting.

Right now [at Cal Academy] we’re trying to head in the direction of doing some deeper California Basin Diving. It’s a bit more attainable than dealing with the uncertainty of travel to our more typical mesophotic research expeditions in the tropics. In the past we’ve gone to Curacao, Palau, Brazil, those types of places; but right now, we’re trying to do our research closer to home.

We’re getting help from some aquarium biologists that are interested in deep-water hydrocorals that are native to Monterey Bay. … We’re looking at doing some 200-foot collection dives—we’ve got the permits—so that’s our next big thing.

4.) WHAT IS YOUR TEAM TRYING TO TEST OR PROVE OUT WITH THAT WORK?

Our chief aim is to see the diversity at that level. The mesophotic zone isn’t explored very much—it’s too shallow for a submarine but too deep for a recreational divers to access. So, that 200-foot zone and beyond is super interesting.

Something else we want to do is bring our findings back to the aquarium and highlight the research in its own exhibit—to have a dedicated deep coral or deep environment exhibit.

5.) WHAT INTRIGUES YOU ABOUT THE MESOPHOTIC ZONE?

It’s a whole different set of life. You get to see exactly what lives there and what doesn’t. There’s still life down there, and I think we’re going to find even more diversity when we take the research deep into cold water.

Generally, colder water equates to bigger things. … Sea anemones are larger, invertebrates are larger, because that water is so nutrient rich you have the ability  for larger species and maybe even more abundance of species.

We have another researcher, Luis Rocha, who’s looking at fish communities. One of his major questions is: Where are fish escaping? If the oceans are warming, maybe they’re escaping to deeper depths to find their ideal temperature range?

And again, this research cannot be done with submarines. You can’t really get up close, so this work is way better done with equipment like the Hollis Rebreather PRISM 2 that’ll let you stay down longer—and with a clear head.

6.) HISTORICALLY, DIVING HAS BEEN A PRETTY MALE-DOMINATED FIELD. WHAT’S IT BEEN LIKE BEING A SUCCESSFUL WOMAN IN THE DIVING WORLD?

I’ve frequently been the only woman—and often the youngest—on dive boats and dive expeditions. …I’m fairly young for my position at Cal Academy, but it’s certainly been challenging being the only woman on the boat.

I definitely notice the lack of women, and I’m always asking myself: Why aren’t there more women doing this? Where does the education fall flat in the marine sciences or STEM fields from an early age? That’s what I wonder…

I’ve always been technical and into doing hands-on things. So, fixing things, servicing equipment and being in that technical aspect of diving has been really cool, but there’s no reason that any other woman in my position couldn’t do the same.

Moving forward, I’d love to see more women in diving leadership positions. In life, you go towards goals where you can picture yourself. I’m more likely to become a female scuba instructor because I’ve seen someone do it.

When you can see yourself in these positions—and it’s not homogenous—all types of people can achieve what they want to do. 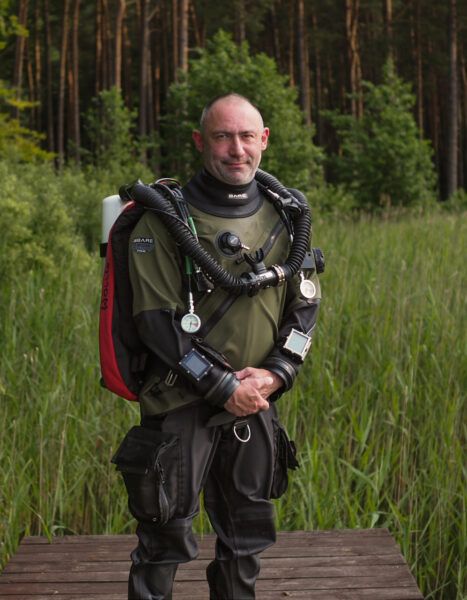 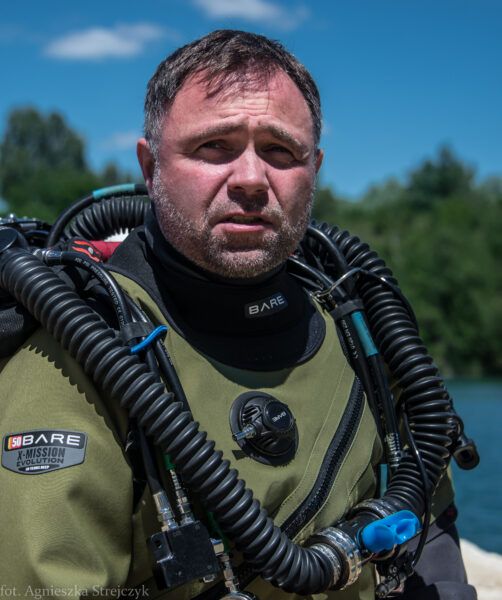